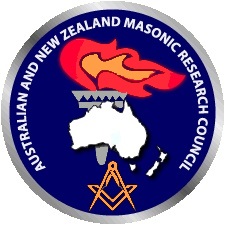 Harashim, the quarterly newsletter of the Australian and New Zealand Masonic Research Council, contains a variety of local and international news items, articles, book reviews, comments, research papers and other material. Edited by Linford member Tony Pope from the commencement in 1997 to the end of 2010, and by Harvey Lovewell (Queensland) since that date, they are included on this website by kind permission of ANZMRC.

They have been consolidated into annual volumes, which enables more efficient searching using the Acrobat Find function.